While vehicle recall numbers have climbed significantly (along with actual production numbers), there has been a decline in the rate of customer complaints over the last ten years. Also, Toyota’s rivals are improving faster than ever. So, while Toyota is no longer the pre-eminent car player they once were, they still disproportionately dominate the top of the ladder in industry surveys (Source: JD Power & Associates).
Norihiko Shirouzu, Toyota City, Japan
The Wall Street Journal, in The Australian, Thursday 15th April 2010

The faults related to the recall of vehicles are dramatic, but more a reflection of a global supply chain and a manufacturing business of huge scale. There is nothing new about this issue in cars from many manufacturers, but the sheer size of Toyota and the global spread make it a significant event. In the US over the last decade, there were 24,000 customer complaints about sudden unexpected acceleration involving almost every major automaker. Fewer than 50 were investigated.

But they should have caught the issue earlier and fixed it. This is compounded in this scenario by a number of key issues. Here are some views on those issues.

Toyota set itself the goal in 2002 of 15% of global market share, chasing volume at any price.

Pursuit of growth for the sake of growth is counter-intuitive to Lean philosophy: the question to ask is ‘How does it benefit our customer for us to be the world’s largest car manufacturer?’ A Toyota expert, James Womack, co-author of The Machine that Changed the World, is quoted as saying the pursuit of growth was ‘totally irrelevant to any customer’ and was ‘just driven by ego’. And Mr Toyoda reckons his company had become ‘confused’.

And some observers were already noting significant strain on Toyota and its execution of the Toyota Way back in 2008.

One issue, which cannot be excused, is that the problem originated not within a Toyota factory, but a supplier to Toyota. OEMs in manufacturing have traditionally worked with external suppliers who provide everything from raw materials to finished componentry which can be ‘clipped in’ to the end product. In the pursuit of a goal to become the world’s largest car manufacturer, Toyota had to start working with a number of suppliers with whom they were unfamiliar and who did not truly understand how Lean should work. The further from home, the greater the risk that an organisation will lose their ability to mould and control their culture. This is compounded when dealing with complex supply chains which may have many links between the end producer, such as Toyota, and a company that may supply a part to another company who assembles it into a more complex unit which then may be assembled into another unit.

Equally, when working with sole suppliers as the model, the balance to the many benefits is that when a problem occurs, you have less ability to respond, less recourse. Which happened to Toyota.

Toyota were unable to develop and maintain sufficient bench strength in their Sensei team, those senior engineers with a deep and ingrained understanding of Lean who coached factory teams to high performance. The principle of Lean should have caused Toyota to slow down and consolidate the skills and attitudes required in their operations – both their own and those of their suppliers – before expanding again. Not only did they suffer from having too few Sensei to support expansion, but they were also losing key staff to their competitors – because of their skills at building Lean teams.

There are some broader issues about the culture of Toyota, which they were concerned about prior to the recall. In 2009 Mr Toyoda has publicly reflected on how Toyota has lost its way and in danger of failing due to hubris. This is based around his reading of Jim Collins’ How the Mighty Fall, a book in which Collins describes the five stages a great company goes through to end up being a failed entity. Frighteningly for Toyota, Mr Toyoda thought his company had already gone through the first three stages: hubris born of success; the undisciplined pursuit of more; and denial of risk and peril. Unfortunately, this only leaves grasping for salvation and capitulation to irrelevance or death.

And Mr Toyoda’s fears have been borne out not just by the recent recall. Unlike some of their rivals, Toyota has made huge losses over the last 18 months. Yet groups like Volkswagen and Hyundai Kia have done well. And Toyota’s market share is dropping as well.

Loss of ability to listen

Another aspect that Toyota seems blind to is the inability for their senior executives to listen. Traditional Japanese mores inhibit the full and frank discussions around problems that need escalation. Without this ease, a problem will not be fixed. Strains were evident well before the current crisis emerged, and Mr Toyoda’s assertion that they have already hit the first three stages of Jim Collins’ decline points indicates that no one was listening.

This is compounded by the tension between a global operation with centralised decision-making and authority. Unless the central command is able to put their best people on the ground in sufficient numbers, the effort will falter.

But Lean and Six Sigma will be key to Toyota quickly addressing the problems. One issue that has come up in discussions of Toyota’s fall is that the other auto manufacturers now build a much higher quality product at a reasonable price; therefore Toyota has lost the high ground. However, this has occurred due to the adoption of Toyota’s Lean culture.

Was there really a problem with those cars?

This is one of the more interesting aspects – and most confusing. There seems to be growing evidence that, aside from it being a statistically small problem, that a number of the incidents cited are either driver-caused (eg, putting the foot on the incorrect pedal) or not real (eg, because it has been reported as a problem, when there is a small but insignificant shift in the car’s performance, the driver misinterprets the reasons). And media and political hype won’t help build clarity.

But, again, while Toyota reacted slowly, there is nothing really unusual in a recall. The circumstances surrounding it – the publicity, the slowness to act, local politics – may have caused Toyota to react to a greater degree than necessary. 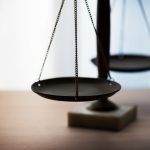